This six-sided baked clay document (or prism) was discovered at the Assyrian capital Nineveh, in an area known today as Nebi Yunus. It was acquired by Colonel R. Taylor, British Consul General at Baghdad, in 1830, after whom it is named. The British Museum purchased it from Taylor's widow in 1855. 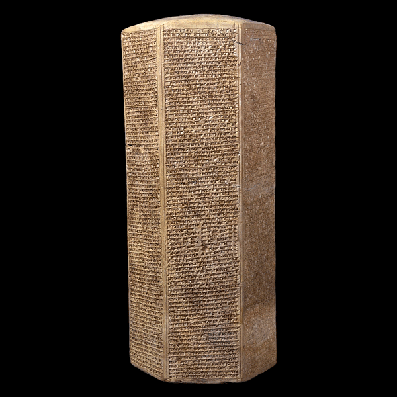 As one of the first major Assyrian documents found, this document played an important part in the decipherment of the cuneiform script.

Sennacherib described in detail how he came against the cities of Israel and then Judah, and 'Hezekiah himself I shut up in Jerusalem his capital city like a bird in a cage.' Many smaller towns and villages fell. The might of all Assyria was marshalled against Hezekiah. But the Taylor Prism does not record the defeat of Hezekiah or the fall of Jerusalem as one would expect. Sennacherib returned to Nineveh his capital city. The boastful account ends not in triumph but with an anti-climax. What had happened? What made Sennacherib withdraw at the last moment?

"And it came to pass that night that the angel of the Lord went out, and smote in the camp of the Assyrians an hundred fourscore and five thousand: and when they arose early in the morning, behold, they were all dead corpses. So Sennacherib king of Assyria departed, and went and returned, and dwelt in Nineveh."[2 Kings 19:35, 36]

The Defeat of Sennacherib, 1612 by Peter Paul Rubens

In addition to the evidence of Sennacherib's own account, in 1938 the archaeologist Starkey found a mass grave outside the city of Lachish, which Sennacherib had conquered and which was the base for the Assyrian move to Jerusalem. In the Lachish grave were two thousand human skeletons evidently thrown in with great haste. Here was the reason for Sennacherib's sudden withdrawal. 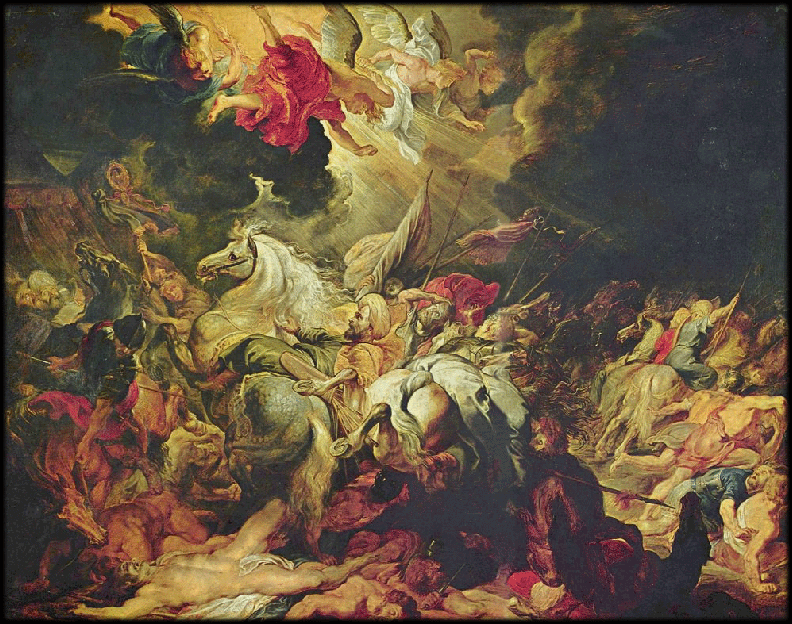 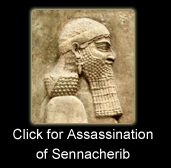