The Gezer calendar is a 10th century BCE inscribed limestone tablet discovered in excavations of the ancient Canaanite city of Gezer, 20 miles west of Jerusalem, Israel.

Gezer is Located Northwest of Jerusalem

The calendar was discovered in 1908 by R.A.S. Macalister of the Palestine Exploration Fund. The calendar inscribed on a limestone plaque describes monthly or bi-monthly periods and attributes to each a duty such as harvest, planting, or tending specific crops. It is one of the oldest known examples of Hebrew writing. It reads: 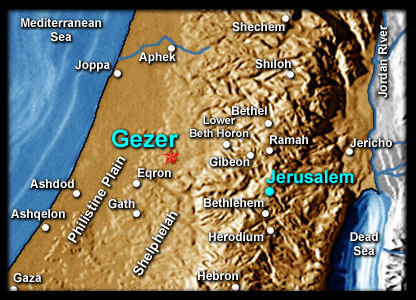 It is in the Istanbul archaeological museum. 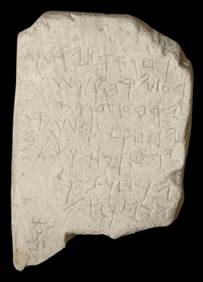 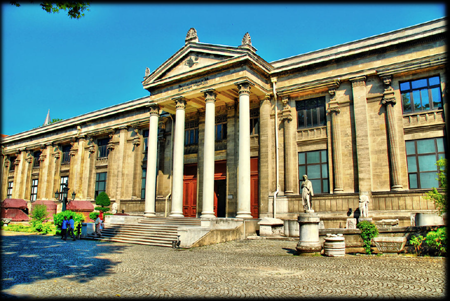