King Ahaz is one of the kings mentioned in the genealogy of Jesus in the Gospel of Matthew. When Ahaz was 20, he succeeded his father Jotham as king of Judah and ruled for 16 years. He did not do what was pleasing in the sight of the Lord, as his ancestor David had done. Instead he had metal images of Baal made. He even sacrificed his own sons as burnt offerings to idols. In addition, he took all the temple equipment and broke it in pieces. He closed the temple and set up altars to pagan gods in every part of Jerusalem. In every city and town in Judah he built pagan places of worship, where incense was to be burnt to foreign gods. In this way he brought on himself the anger of the Lord, the God of his ancestors.

When Ahaz died, he was buried in Jerusalem but not in the royal cemetery of the kings of Judah. Then his son Hezekiah became the next king.

The Genealogy of the Kings of Ancient Israel and Judah

The seal is an impressed piece of clay originating from 8th century BCE. The seal contains an ancient Hebrew inscription mentioning, the name of the King Ahaz of Judah, as well as the name of his father, King Yehotam (Jotham), identifying Ahaz as the "king of Judah". 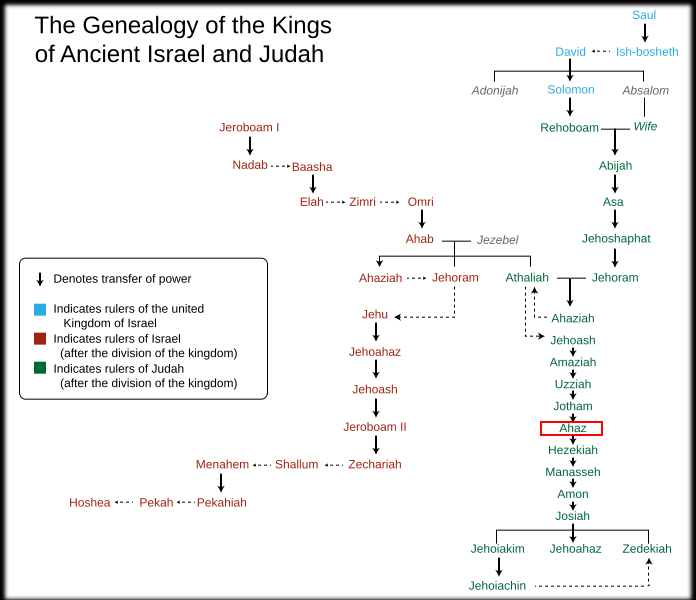 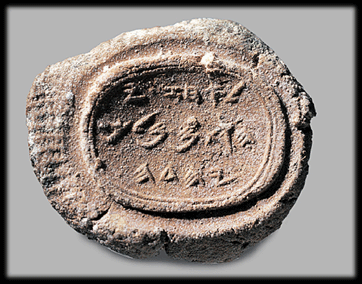 Illustration of King Ahaz of Judah 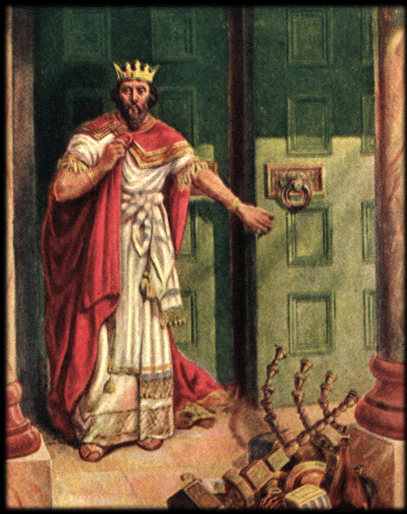 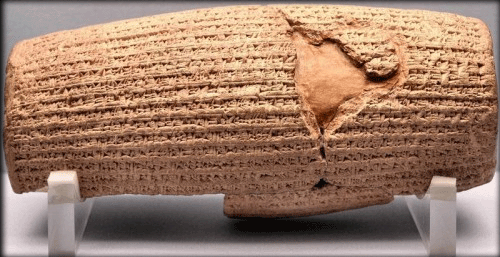